When a child is born outside of marriage, either parent can file a Petition for Paternity (or Parenthood) to establish the fact of parenthood, as well as parental rights and obligations. For instance, if there is an issue between a man and a woman as to who is the father of a child, either party can petition for determination of parenthood and have the man undergo a DNA test. If it proves he is the father, then custody, visitation, and child support will be determined in the same way they would be if it were a dissolution of marriage case. 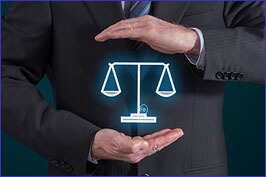 We are dedicated to the ethical practice of family law.

There are several presumptions in the law with respect to who should be considered the father, and there are times when the court will find that a man who has held himself out as the father, and who has “stepped up to the plate” in providing a stable family environment for the child for a significant time, will actually be found to be the father over the claims of the biological father.